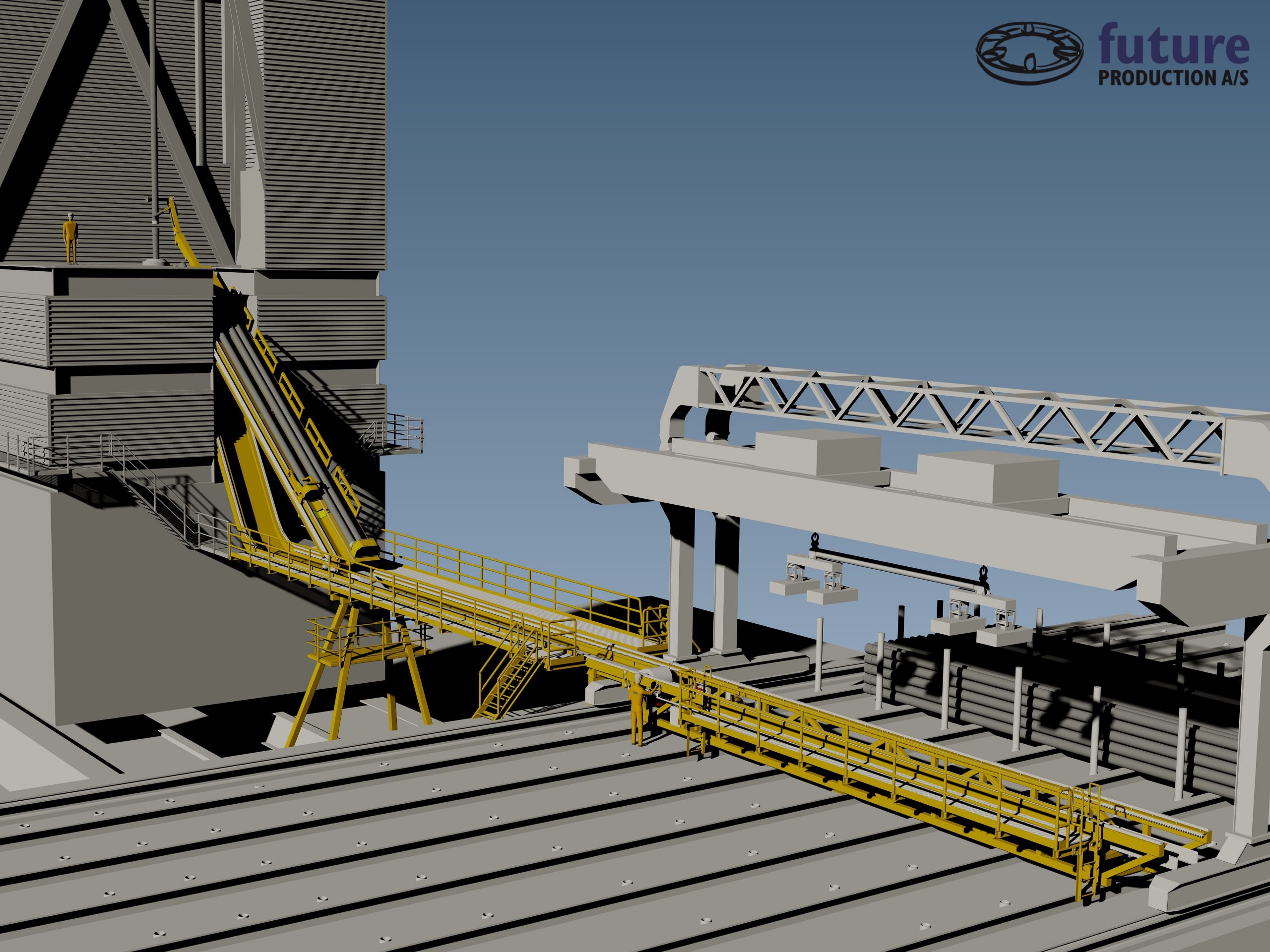 Future Production has landed a new contract for the delivery of a new and tailormade Pipe Shuttle Machine (PSM), set to be installed on the Equinor-operated Heidrun platform.

The new Heidrun PSM aims to enhance and further streamline the platform transport capabilities from laydown area to drill floor.

– Future Production has a strong track record from previous offshore deliveries, including a history of delivering products to Equinor and Snorre B. Their products show durability, and the ability to solve problems and create more effective operations for the end user. We look forward to develop the new Heidrun PSM with the Future Production design-team, says Cato Haugen, Project Manager in Archer, the company who formally sets the product PO.

– Equinor carried out a competitive tendering and a thorough study of different suppliers in our work to identify the best possible solution for a new Heidrun shuttle machine. Based on our conducted research, including cost analysis, we ended up choosing the proposed solution from Future Production, Lima says.

– The PSM is an essential part of the pipe handling system onboard Heidrun, as it is feeding the drill floor with necessary equipment. Solutions in this area need top quality, he adds.

The new Pipe Shuttle Machine will provide Heidrun with several tailormade operational benefits, such as Casing and Drill pipe handling without protectors – enabling less need for work on the drill floor, as well as sideways feeding of tubulars while Shuttle is inclined towards the drill floor – which removes the need to run the shuttle to horizontal position to feed the next tubular.

The proposed design is also set to feature guiding of the tubular-tail from pipe shuttle to approximately 1,0 – 1,2 m north of the well centre, armed with an improved guide arm for elevator pick up, as well as top drive bail-tilt-out – both eliminating the need for hands-on operations.

– The current market is challenging and demanding – and the product itself will be challenging for our design team to work on, he says.

– We want to create a product which has a significantly time saving effect on the platform operation as a whole, along with reduced need for maintenance and improvement of HSE.

The entire PSM will be a custom- and tailormade fit designed specifically to fit the operational dimensions of the Heidrun platform, Bringa states.

– This feature will allow the PSM to function without the direct involvement of personnel on rig floor, which further improves personnel safety.

– An important feature with the project is the direct approach from, and close dialogue with, both Archer and Equinor including constructive and valuable input from their rig crews, who will ultimately operate and use the equipment. We thoroughly enjoy and appreciate such work, and consider it a key element in a successful project.

Before installation onboard Heidrun the new PSM is set to be FAT-tested in full scale conditions at Andøya, Kristiansand, about five miles from the Future Production Headquarters

– The test will be comprehensive, with involvement from Archer/Equinor and their rig crews. The complete unit with control system functions will be tested as far as practically possible, prior to the PSM being shipped and later installed on the rig.

The full delivery of the new PSM is scheduled to 1. October 2021, while the installation date on the Heidrun platform is yet to be decided.