Future Production has increased the efficiency of Weatherford MPD deployment operations with over 95%. 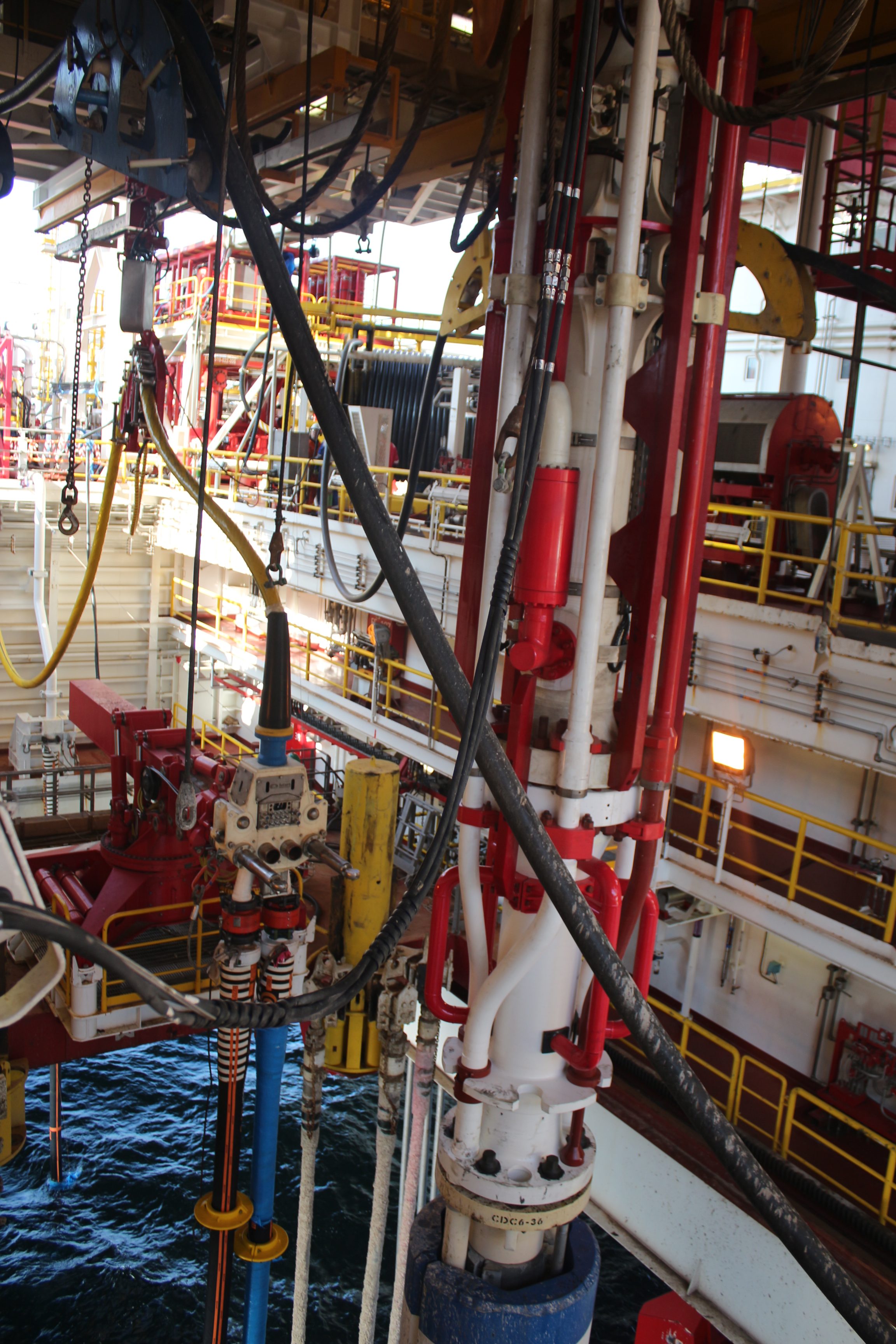 Previously Weatherford spent up to 48 hours to connect and set up their self-developed generation 1 MPD system.

With the help from patented MPD Handling products delivered by Future Production the deployment of their generation 2 MPD-system “Victus”, is now set to be reduced with over 95%.

– Weatherford wondered whether it was possible for us to reduce the deployment time of their «Victus» MPD system from 2880 minutes down to five minutes, which is the time the rig takes to make up the next riser joint on the rig floor, says Future Production US Director Tony Reid.

– Our response was to develop a ClickStab®-based MPD Handling System that connects MPD Mud Return Lines and a number of electric and hydraulic control lines for the RCD, AID and Flowspool – all specifically designed to their “Victus” MPD-system, Reid says.

– By adopting the patented Future Production developed MPD Handling solution the deployment – retrieval of the «Victus» MPD-system is now set to be reduced with up to 95% improvement per well.

The new and significant reduction of NPT around MPD deployment has a major economic impact on whoever pays rig rates.

– Current rig rates for floaters are in the range of 150.000 – 400.000 USD/Day. Reducing NPT with up to two days will result in significant efficiency improvements and cost savings each time the system “Victus” is rigged up or down, says Reid.

– And not only will the overall NPT be reduced, the “human – machine interface” is dramatically removed from this new operation, including risk reduction in working over water.

The Future Production developed «Victus» MPD Handling System is based on their existing ClickStab® Gooseneck Handling technology, which has been tried and tested throughout 10 years of operation.

– What it means is that, in effect, our MPD Handling System technology has proven to be extremely robust with no recorded incidents of downtime during a very long time of operation, Reid explains.

A central part of the Handling System equipment is the stabbing manifold, which connects to the Flowspool, which is bolted into the riser string. The manifold, locked into the Flowspool, enables mud return from the well, and control of different functions related to controlling the well stream. Video CCTV for surveillance is also incorporated in the equipment.

In addition to the Flowspool, the handling arm and stabbing manifold (akin to the Gooseneck Kill and Choke (ClickStab® system)) can include various other auxiliary handling solutions, such as umbilical sheaves, umbilical reels, access platforms, cherry pickers etc. 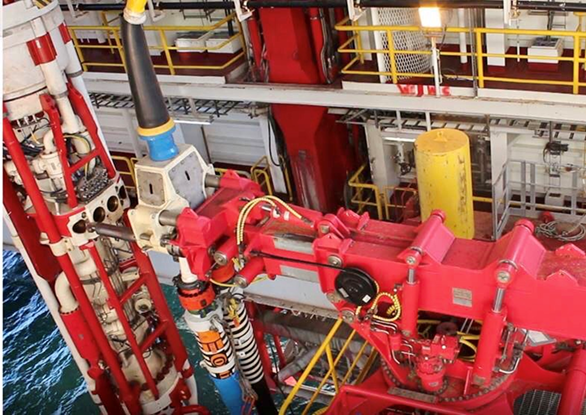 – The system uses the electric and hydraulic control lines to regulate the various functions of riser opening and pressure, while also controlling the different functions on the Weatherford riser equipment. The different MPD Handling solutions are in total connecting two different fluid hose-connections (mud return), in combination with 18 hydraulical and 28 electrical control lines.

Each and every part of the MPD Handling System components were tailor designed, produced and specially delivered to Weatherford.

– This «Victus» MPD Handling System is a step change in our industry. Weatherford has the ambition and vision to be at the technological frontline as an oil and gas supply giant – with this newly developed system they are, Reid states.

To be tested in Baku

The MPD Handling deliveries are ultimately the result of a framework agreement made with Weatherford in 2016.

– Our first MPD Handling System was delivered in November 2018. In this moment the system is set to be tested at the rig Heydar Aliyev in the Caspian Sea, where BP is the field operator and Caspian Drilling Company the rig operator, says Torstein Bringa, Future Production CEO. (See photo above)

Apart from the first system set for testing in Baku, the other three systems are soon set to be put through rigorous Weatherford testing and calibration in the US.

– What we want to deliver on the back of this agreement is to positively affect the market sucessrate of Weatherford. So we hope our four system deliveries will greatly enhance their future success and ability, says Bringa.

– We have a strong belief in the ability of our systems, and our cooperation with Weatherford has been excellent. They are very important for us, and we look forward to keep helping the drilling industry streamline their operations with improved MPD technology in the coming years.