The new Future Production Manual ClickStab® system is developed to connect jackup K/C hoses to the BOP in approximately 15 minutes. 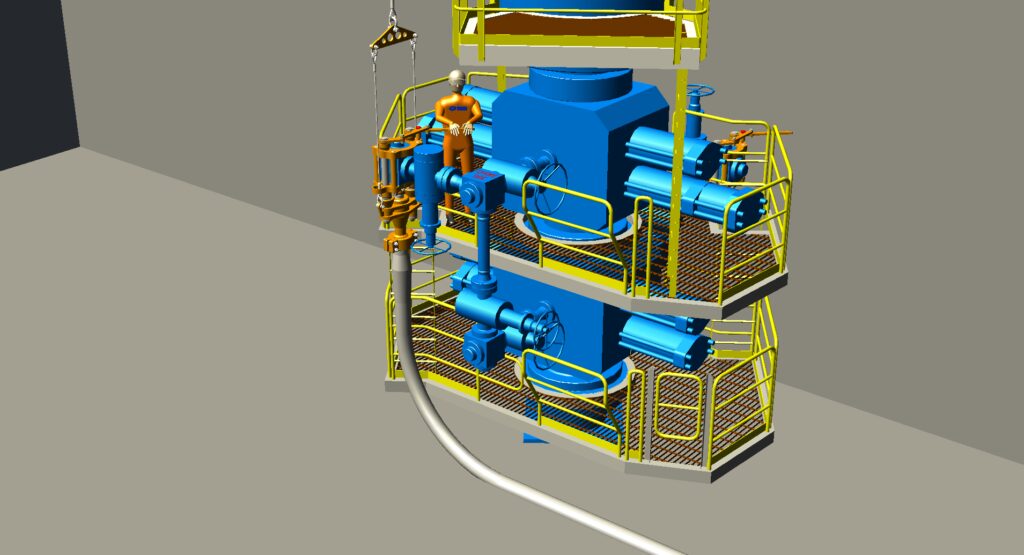 Now, the same operation could be handled by the new Future Production Manual ClickStab® system in approximately 15 minutes.

– During the last few years we have received different enquiries from rig owners all posing the same question: How can our jack up rigs connect the K/C-hoses to the BOP faster? Based on the queries we have received, we have now designed and patented a safe and efficient connection tool tailormade for jackup rigs, says Technical Manager Edvin Andersen at Future Production.

How the rig operation is affected

– Being able to connect the K/C hoses, assisted by tugger winches already available on the rig, to the BOP in approximately 15 minutes brings a significant time saving effect, which, in turn, reduces the non-productive time (NPT) of the rig significantly. Additionally, there are no tools required to operate the Manual ClickStab system and the K/C hoses themselves while the system is in use. As a result the rig HSEQ and personnel safety is greatly increased.

The system converts potentially dangerous manual labour into a safe and controlled operation.

– Different rigs have different operational capabilities. The more often BOP operations are run on the rig, the higher the time saving effect from using the Manual ClickStab system is, Andersen points out.

The Manual ClickStab system consists of male and female connectors, installed on the K/C hard piped lines on the BOP and the K/C flexible hoses respectively.

The male connector assembly is equipped with guide pins which fits into the receptacles on the female connector, installed on the flexible hoses. The male stab is designed with a Colmonoy 5 or Stelite 6 surface, and Inconel 625 in the ring groove for metal ring gasket.

The female coupling will have seals with corrosion resistant inlay material in the ring grooves for metal ring gasket and the seal grooves for elastomer seals. The Choke & Kill Line Pressure rating will be up to 15.000 psi (max. working pressure).

– The system is also designed for sour service (H2S), as sour drilling environments are encountered relatively frequently in areas such as the Middle East. At present we are designing a system where the elastomer seals will be capable of handling up to 7% content of H2S.

No hot work required for installation

The Manual ClickStab system is designed to endure temperatures ranging from -18 to 177 degrees Celsius, and is, in effect, a smaller and manual version of the remote operated FP ClickStab® System – today widely considered as the most efficient and safe way of connecting the Kill/Choke, Conduit and Boost hoses on floaters.

– It demonstrates the solid fundament the Manual Click Stab system is built on, and we are extremely confident of the efficiency effect it has on the jackup rig operation.

The system is easily installed on a jack up rig.

– The installation process is quite simple, and the system is easy to set into operation as only cold work, minor adjustments and no welding to the BOP area is needed. 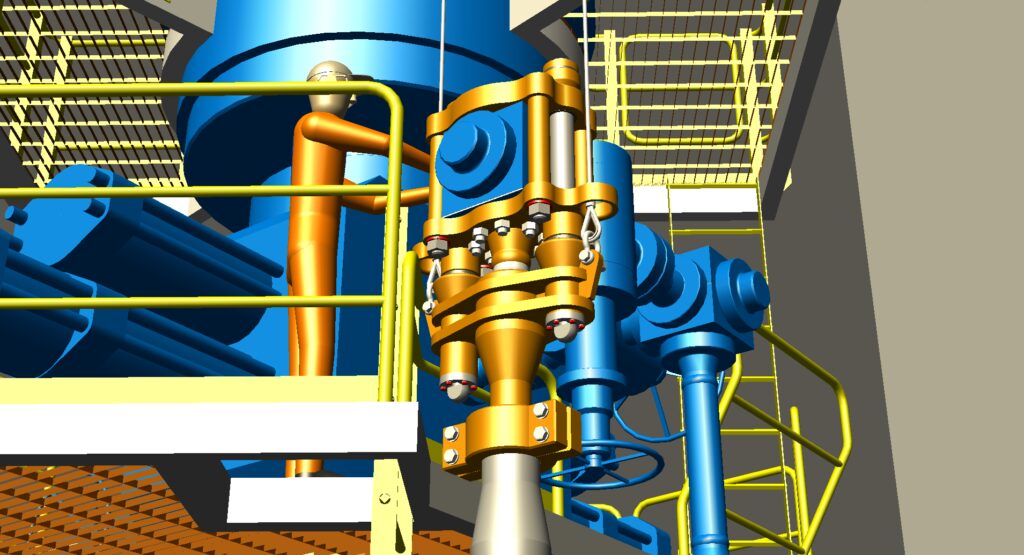